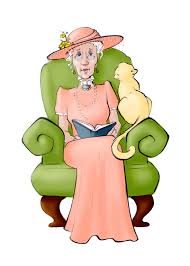 During the last Presidential election, things got pretty heated here in the USA.  On social media, things got downright ugly at times.  Not only did people hold vastly different views and argue with each other nonstop, but many took it to a personal level and verbally attacked each other based on their differing views.  This happened to me.  When a guy from my hometown had no comeback, he decided it was okay to attack me personally.  As if personal attacks and name calling are ever an adult and respectable way to resolve differences!

What did he say?  Well, he called me an “Old Maid“.  Now this got me to thinking, where did this term come from?  Who would even use such an archaic term in 2012?  My other thought was this guy needs to get out more and live in the world of today and not centuries ago! This attitude does tend to prevail among some in the small rural community where I grew up.

So where did the term “Old Maid” come from?  It is actually a term used in the 18th Century.  While the term originate in England, the card game we all played as children actually originated in Asia, where playing cards originated.  During Victorian times, people were concerned about etiquette and rules of adornment(they also played a lot of cards), so this term was used to reinforce the negative image of a spinster or unmarried woman.  The card game became popular in the United States in the 19th century and many latched onto the term to refer negatively to an unmarried woman.

Today, we rarely hear this term.  Societal norms have changed our ideas about many things.  Centuries ago,  people did not spend years in college or wait so long to get married – they married very young.  Today, many wait until their thirties or later to marry for the first time.

Since “Old Maid” is defined as a woman who remains single beyond the conventional age for marrying, does this term really apply to anything today?  Unless you live under a rock and are not immersed into our society today, there is little room for this term to be applied to anyone.  Is there a conventional age for marrying today?  While many people do marry in their 20’s and 30’s, many others choose their careers and live happy and full lives.  Some people have no desire to marry at all and choose not to.  There does not seem to be much of a norm.  Besides, is it really anyone else’s business what you choose?  Why does it even matter?

While this term mildly annoyed me, I can now sit back and reflect on just how far women have come.  Today women are a strong and influential part of our society.  We have our own lives and our own careers.  So the next time someone tries (keyword is TRIES) to put you down or make you feel bad because you are single or still looking for your Mr. Maybe, stand tall and be proud that you are a strong woman who will not settle for less than she deserves.  You are a force to be reckoned with and you should be proud of that!  Remember, people try to put others down based on their own insecurities.  They have the problem, not you.  Do not allow them to make you question yourself or the wonderful woman you are.  The only “Old Maid” that exists today is a card game with Victorian roots.

Neal Schaffer Blog
Are you Networking with Purpose?

What did you do today to help others?