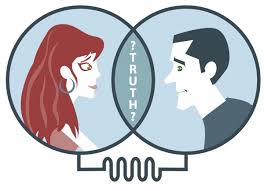 For anyone who has done any online dating, I do not need to tell you some of the obvious hazards of trying to to find love online.  However, I will address some of these issues one by one and offer some potential solutions to avoid all the aggravation they bring.

If someone has a picture in which they look unusually good for their posted age, the picture may be a lot older than they would like you to know.  If you are communicating with someone like this, ask them how old the picture is!   They may or may not tell you if you ask directly, so here are some things you can do to find out without asking directly.  If they have a picture of them doing something, or at a specific place, show interest in that place and ask when they were there.  People naturally like talking about themselves, and they are more likely to let slip the “when” if you ask them to talk about the event.

If they have a series of pictures, ask them in what order they were taken.  Pictures do not necessarily appear in chronological order on profiles.  Some people do actually look better now than they did when they were younger.  The idea here is to get a realistic idea of who the person is today and the progression of the series.  While looks alone should never be the only determining factor, they do and will play a part in your decision-making.

The Fake Profile (Married, Committed, or Otherwise Not Available)

Since many of the sites, especially the free sites, do little to screen people on their sites, we must be vigilant in doing our own leg work to investigate potential dates.   There are many, many men (and I am sure some women, too) on dating sites who are either married or in committed relationships.  So how do we know who they are?  Well, sometimes, we don’t!

However, there are a few things you can do to help you determine if the possibility is there.   One thing I have done, although it can be time consuming, is to search other dating sites with the well-defined search information (so the # of hits is limited to a manageable number).   I did this with one man and found out he had different categories listed on different sites (single, separated, and divorced).  This should have been a red flag, but this was actually where I learned this lesson!  I did date this man, who told me he was actually divorced.

As it turned out, he was not divorced.  He was actually legally separated, still living in the same house as his wife.  He told me they had filed for divorce, but since they were both looking for work neither could afford to get their own place.   Since he lied initially, I did not believe they were separated and getting divorced and broke off the relationship.

However, as it turned out, this man was telling me the truth and has since been divorced, and both have moved on.  This is why I say to people to ALWAYS be honest.  Had he been honest from the beginning, I may still not have believed him, but I would have certainly been a lot more forgiving than to someone who thinks it is okay to lie about who he really is.  Lies always kick you in the butt in the end.  The truth always comes out in the end, so why risk a potential relationship by filling it with lies?  If something in a profile does not add up, or there are pictures with a woman who always seems to be cut out of the picture – stay away!  Dating profiles should never contain picture with others cut out of them.  Everyone knows someone who can snap a few pictures of them for their profile. This should always raise red flags, so beware. 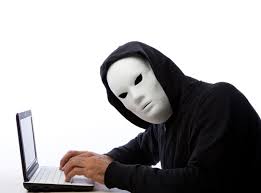 We’ve all seen them.  You know those dating profiles you run across where they immediately send you their phone number typed out digit by digit spelled out in words instead of numbers or their email address typed out by syllable.  Men, if you are guilty of this – STOP IMMEDIATELY!  Ladies, stay away from these men.   Here’s why.  There are a lot of scams out there in which people either try to get your phone number to hijack it to make calls to other countries or want your email address to SPAM you, send you computer viruses, or sell either of these pieces of information to those who will do these things.

KEEP ALL COMMUNICATION ON THE DATING SITES!  These sites store data and can retrieve it if there is ever a serious issue.  Be safe when you communicate with strangers online.  If someone asks for your personal information right away, there is usually a reason – and not a good one.  Sure, they will tell you their membership is up, or better yet, that they are on the site for a free weekend, or any number of other excuses, but do not buy into these stories.  If it is a paid site and someone wants to meet you , then they need to pay for at least one month to communicate with you.  If they are too cheap to pay for one month of service, do you really want someone like that?  You should never be rushed into giving your personal information online!  If he has a true interest in you, then he will also respect your privacy.  If he doesn’t, then you do not want him.  After all, that is the whole reason to be on these sites – to keep your personal information private.  Be smart and date safely!  Your chances of finding your Mr. Maybe actually do increase if you weed out the ones you would not want anyway!